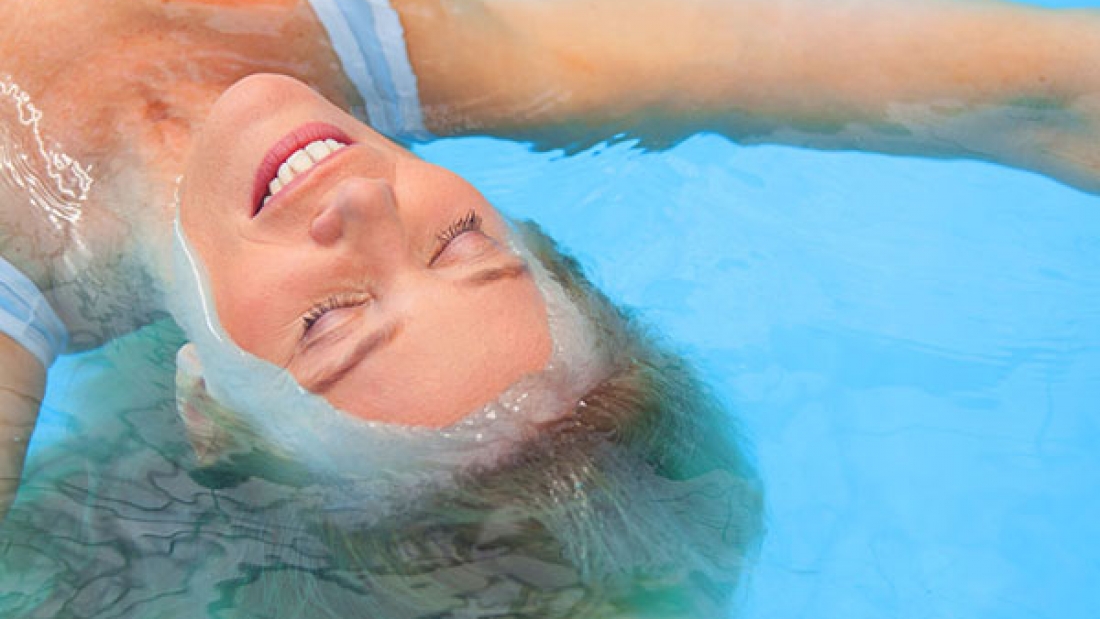 by Bruce E. Becker, MD, MS
Many effects have been observed anecdotally throughout centuries of aquatic environment use for health maintenance and restoration but they are difficult to study.

Skin sensory nerve endings are stimulated. Both animal and human studies suggest that sensory overflow may be the mechanism by which pain is less well perceived when the affected body part is immersed in water

[187,188].
Pain modulation is consequently affected with a rise in pain threshold, which increases with temperature and water turbulence, producing the proposed therapeutic effect of agitated whirlpool immersion [189,190].

Numerous studies of pain in persons with fibromyalgia have shown statistically significant improvement in pain and function [119,120,122,127,129].

Studies have shown that aquatic exercise reduces anxiety scores and increases perceived well-being, equal to or superior to the effects noted with land exercise activity [190,191].

The heart rate variability pattern seen during immersion is that of vagal or parasympathetic control, indicating perhaps an inherent bias toward the relaxation state [194].

During warm water immersion, the authors also found a significant increase in sympathovagal balance, the interplay between the two components of the autonomic nervous system. Both groups of subjects responded similarly, although the older group had a more muted response.