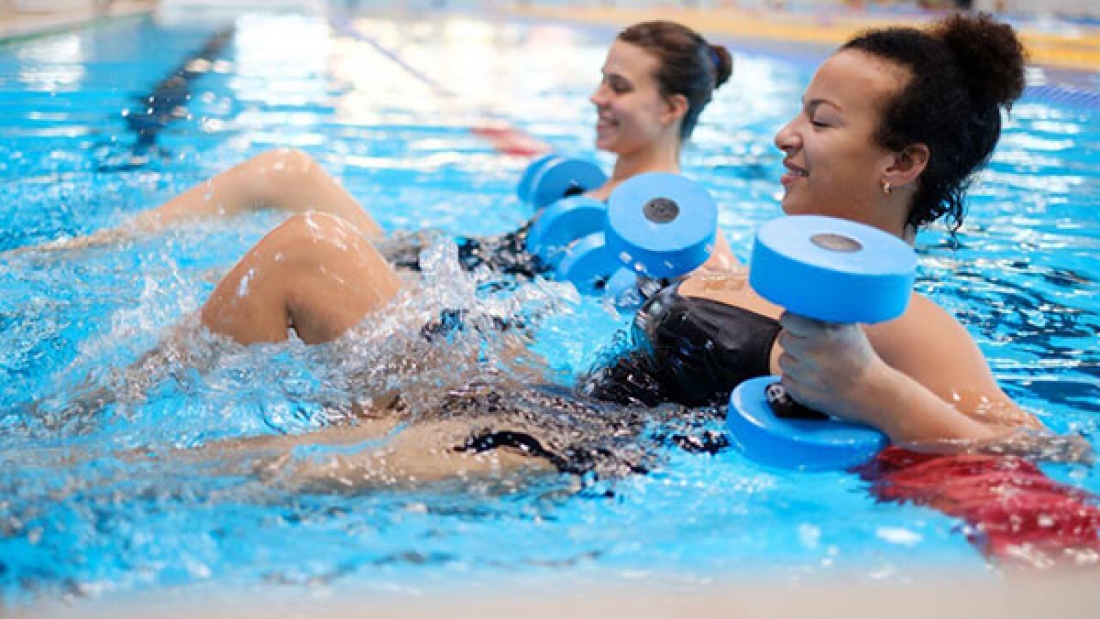 Water immersion causes significant effects on the musculoskeletal system. The effects are caused by the compressive effects of immersion as well as reflex regulation of blood vessel tone.

During immersion, it is likely that most of the increased cardiac output is redistributed to skin and muscle rather than to the splanchnic beds

With muscle blood flow increased 225% above dry land flow, even higher than the rise in cardiac output during immersion, it is therefore reasonable to conclude that oxygen availability to muscles is significantly increased during immersion at rest [95].

Blood flow during exercise is likely enhanced as well and there is research that supports this supposition, finding a 20% increase in blood flow in sedentary middle-aged subjects subjected to 12 weeks of swim training [96].

The hydrostatic effects of immersion, possibly combined with temperature effects, have been shown to significantly improve dependent edema and subjective pain symptoms in patients with venous varicosities [97]. Similarly, are rehabilitation program of hydrotherapy using contrasting temperatures produced subjective improvement, systolic blood pressure increases in the extremities, and significant increases in ambulation in patients with intermittent claudication [98-102].

Where peripheral circulation is severely compromised, it is prudent to maintain immersion temperatures at a level below those potentially increasing metabolic demand that cannot be met by available circulation (ie, below thermoneutrality [37°C]).

An aquatic exercise program may be designed to vary the amount of gravity loading by using buoyancy as a counter- force.

For acute injury, such a stibial stress fracture, programs typically should start at non–weight-bearing depths, limiting activity below pain onset, and progressing in weight bearing and exercise levels as symptoms permit.

Rehabilitative programs for specific joints may be more effective as either closed or open kinetic chain programs.

Paddles and other resistive equipment tend to close the kinetic chain. Aquatic programs, however, offer the ability to damp the force of movement instantaneously because of the viscous properties of water. Offloading of body weight occurs as a function of immersion, but the water depth chosen may be adjusted for the amount of loading desired [103].

The spine is especially well protected during aquatic exercise programs, which facilitates early rehabilitation from back injuries [104-108].

Spine rehabilitation programs will typically include aquatic spinal stabilization techniques as well as an aerobic component of exercise activity. The former is best done with a therapist in the water one-on-one with the patient

Arthritis and Fibromyalgia
Aquatic exercise has been studied extensively in individuals with arthritis as well as fibromyalgia patients. The physiology behind efficacy remains enigmatic, but improvements in joint mobility and reductions in pain have been extensively reported [109-113].

The YMCA Arthritis Exercise program has been found effective in reducing disability and improving functional fitness and strength in older adults with arthritis and these programs are widely available in many communities [117,118].

Typical programs for fibromyalgia include both deep-water flotation assisted exercise, and chest depth aerobic exercise programs, but programs such as Ai Chi, an aquatic equivalent of Tai Chi have been found to be effective as well.